September 1, 2020 2020-09-01T15:05:53+00:00
Monthly Review
We had one flight this month, which arrived on 6th August for 18 dogs, 17 of whom had forever homes waiting for them and one went into UK foster. He is now reserved and will be moving to his new home later this week. We have a flight booked for mid-September for 12 dogs, all of whom have forever homes in place.
We received a total of £992.50 from The Apollo and Becky Bargain Bonanza Auction which ended on 2nd August, and we also received £525 from Rachael Fox from her online pet show. We would like to thank everyone involved in organising and supporting both events.
We donated £515 to help four pointers in the care of other Cyprus based rescue organisations and also donated £150 to the Dali flea and tick treatment fundraiser.
Working in conjunction again with Take Away The Tears, we sent a total of 85 x 15kg bags of Apollo dog food to Cyprus to be distributed around a few of the smaller pounds and shelters. 58 of the bags were donated by our supporters and the remainder funded by ourselves. The food will arrive in Cyprus later this month.
Our annual photo competition ended on 31st August, the winning entries from which will feature in our 2021 calendar. We received a total of 583 photo entries this year and would like to thank everyone who took part in the competition. The winning entries in each category will be announced shortly. The calendar and a new selection of Christmas cards will go on sale later in the year.
We welcomed 257 new members to our three groups (Rehoming Cyprus Pointers, Apollo’s Angels and Apollo’s Angels Events) and we had a total of 33,100 posts, comments and reactions during August.
The next summary will be posted on the 1st October.
Monthly Review – July, 2020: Previous 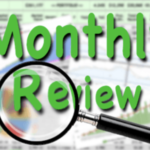 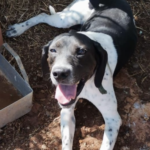